Play Now:
Posted by Suzie Shatarevyan at 12:05 PM No comments: 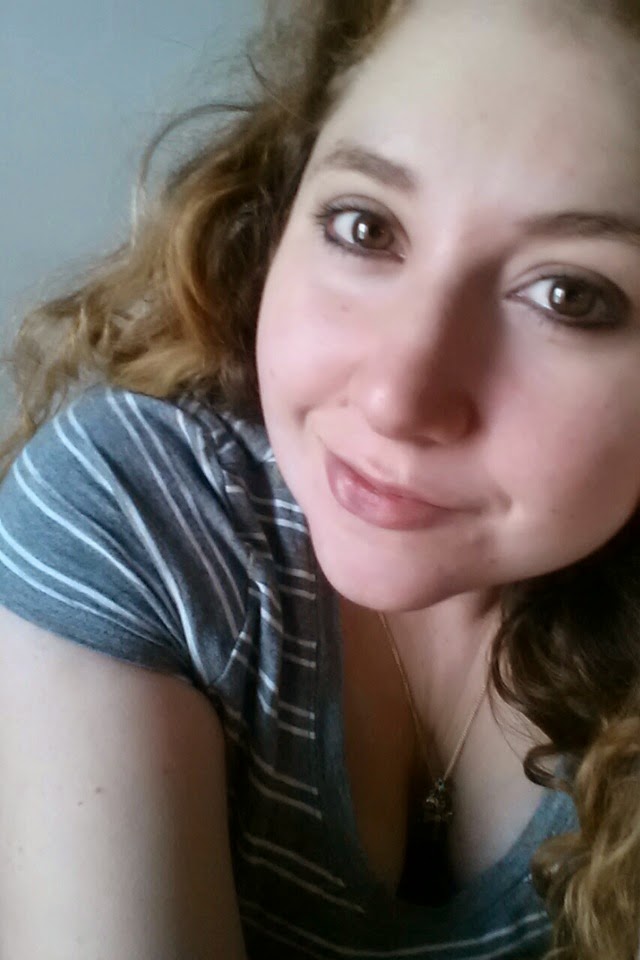 Twenty-seven years ago today, on Cinco de Mayo, after 27 hours of labor, I was handed a little bundleand my life changed forever.  It was a defining moment.  From that moment on, I earned the title of "mama".  Today is my daughter Ani's birthday.  Last night, as we celebrated her birthday with family at their home, I was thinking about how blessed my life has been because of my children, and I was recalling some memories of motherhood with daughter, that have made my life so much richer.

My first life lesson happened the moment she was born and the doctor said, "You have a beautiful little girl." Surprise.  I don't know why, but we were convinced she was going to be a little boy.  This was 27 years ago remember.  Back before ultrasounds were so common.  I was so convinced that she was a boy that I packed a blue layette to bring her home in.  Don't get me wrong.  We were not disappointed in the least!  In fact, as soon as they placed her in my arms, we couldn't imagine her being a boy at all!  And just two days later, dressed in blue, we took our little girl home understanding full well that surprises can be beautiful things.

Our baby was born on Cinco de Mayo.  The fifth of May.  It's a big deal here in California.  And every 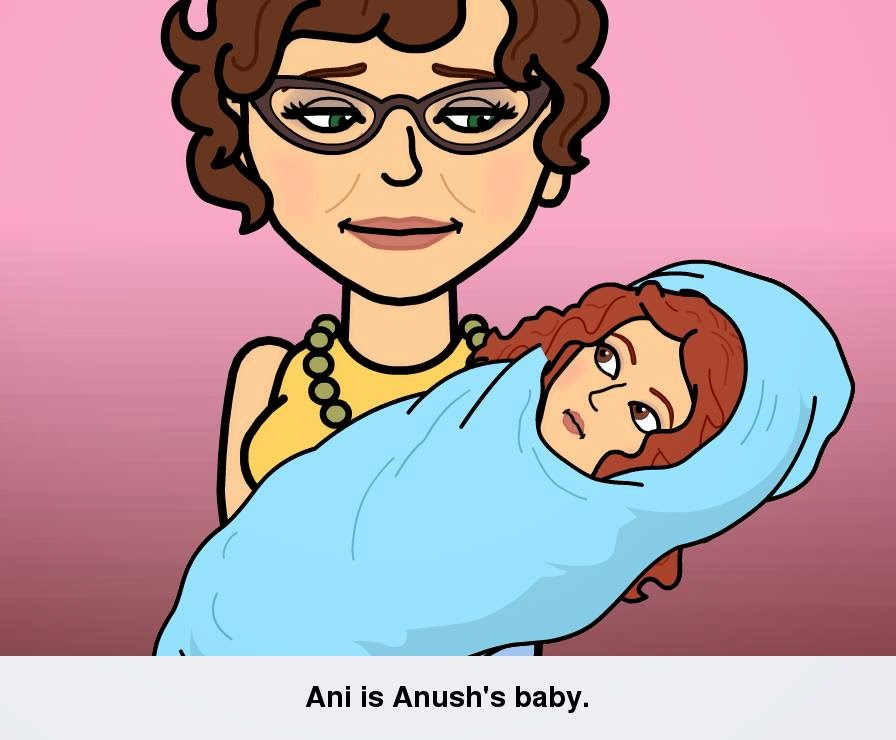 birthday since Ani was one, we have had Cinco de Mayo birthday parties.  The first year, my younger brother bought Ani a traditional Mexican dress in green, white and red.  We always made Mexican food.  Tacos, burritos, Margaritas for the parents, and a pinata for the kids.  Funny story:  On her first birthday, we invited our family and friends to celebrate Ani's birthday.  That year we bought a little clown pinata.  It was just about her size.  She was only a year old, and our nephew Varoujan was 9 months older.  The two of them watched as we filled the pinata with candy.  We took the pinata out on the patio, and the guests arrived.  We were all chatting, enjoying watching our kids playing in our backyard.  And then it was time to break open the pinata.  We invited Natasha who was 5 years old to take the first swing.  She was a 5 at the time, and could manage swinging the stick.  We blindfolded her, and she started swinging at the bobbing pinata.  The next thing we hear is Ani, Varoujan, and some of the other kids crying.  We're all wondering why, when we realize, they were terrified for their clown friend.  They had no idea why someone would want to be beating their friend with a stick.  After that year, the pinatas were not people based designs, until, I think a few years had gone by and we had the Princess Jasmine pinata.  By then she understood what a pinata was all about.

As our baby grew, I learned that my child would copy whatever she saw me doing.  This one's a no brainer, right?  My love for jewelry, and crazy colors in my hair, manifest itself in my little girl.  At her baptism when she was 5 months old, a friend of ours had made her a tiny gold initial ring, she also received a little gold bracelet with her baptism date on it, and a gold cross necklace my parents had made for her.  We put  them on her on that day, and she left them on.  She never took the ring off, played with it, put it in her mouth.  they all stayed put.  She was the only baby I knew that was not bothered stuff like that.  I didn't take my jewelry off, so why would she?  When she was just a little over a year old, she would hang my bangle bracelets from her ears as earrings as she toddled around the house.  This led to her sitting absolutely still when we got her ears pierced when she was a baby. She'd look in the mirror, touch her earrings, and say, "pee-ee!"  (Ani-talk for "pretty").

We always encouraged her to paint - at first I would color her baby cereal with food coloring, and have her finger paint with it sitting on her high chair.  And then when she was about 3 or 4, we would seriously go through a box of children's water colors every week as she would dip her brush in water and mix colors, sometimes painting on paper, and sometimes painting on her hands or her tummy, sometimes just watching the colors mix in the water, but always mixing and experimenting with colors.

She grew up with all kinds of music playing at the house.  It was the late 80s and early 90s.  She grew up with Joni Mitchell and Crosby Stills Nash and Young, Jethro Tull - music from my youth infused with The Smiths, The Cure, Morrissey, Phoebe Snow and Adam Ant.  I told this story at her wedding and probably here on the blog or podcast as well, but when she was three years old, she had made a huge mess in her room and after telling her that I WANTED it picked up, she put her little hand on her hip, turned to me and and sang - "You Can't Always Get What You Want" while waving her little finger at me.  Her dad was a Stones fan.  I remember a camping trip we took with some friends back when she was about 4.  Our friends had two little girls - one her age and one a year or two younger.  And they were playing with their buckets and shovels on the beach.  Her friend was singing, "Row, Row, Row your boat."  And our little one was singing, Morrissey's "Our Frank" - (Give it a rest, won't you?  Give me a cigarette.  The world may be ending, but look I'm only human...) 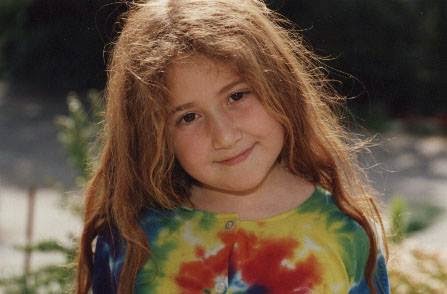 We would always buy her markers, origami paper, paints and hole punches.  She would create little pop up books, and Mother's Day coupons for me (that I have in my bible).  When she was 9, she asked for a second piercing in her ears....and then a third when she was 12.  How could I say no when I myself had my ears pierced several times?  Summers were always a time for self-expression.  Without school dress codes to worry about, summer was the time to get a pink or green streak in her hair.  When henna tattooing got popular, I was intrigued with it.  I bought henna from the Indian market, read about mixing it with lemon and eucalyptus oil and we started decorating.  It was summer, remember? Ani had intricate lacy designs henna'ed on her hands and feet.

Our children copy what we do.  Because I had breast cancer when Ani was 6 and Nareg was 12, my kids grew up with cancer awareness.  As soon as Ani was old enough to walk in the Avon Walk for Breast Cancer with me, she signed up.  Walking 39.3 miles with my daughter was such an incredible celebration of life for me.  And since that time, she has continuously signed up year after year to walk or crew alongside me.  She has fasted for world hunger, and protested against the war in Afghanistan and the Darfur genocide. She has grown up a social activist.

The teenage years were memorable.  Some good memories, some not to good.  And when I say that, it's not like they were terrible...but there was the usual teenage angst, but we made it through.  By then, I was a single mom, and Ani and I were living in a tiny 1920's rock cottage together.  My son Nareg, was living with Ani's dad locally.  The rock cottage was seriously small, about 700 square feet total, and we had a lot of fun making it our own.  Every room had a "word" painted on the wall.  Ani painted her room, with the word, "Adore".  My room said, "Dream", the kitchen (with it's 6' low ceiling) and paintings and messages all over it, and the bathroom painted with, "WHOOSH!"  We spent Ani's teenage years in that house.  It was ours.  There were happy memories at our home.  And one of the most memorable was when a handsome friend, Eric, came to pick her up for the prom.  That memory is etched it my mind.  I was at the front door when he pulled up.  Ani was in her room.  I watched him walk up the driveway, then the front porch in his tux, holding a corsage.  Ani came out of her room in an apricot colored formal. Her hair was up.  She looked like a princess.  After taking a few pictures, I watched Eric open the car door for her and off they went.  I didn't know at that time, that that evening was the beginning of their lives together.  They've been together ever since.

My family has always been there for me through everything, but Ani was physically there for me.  We have 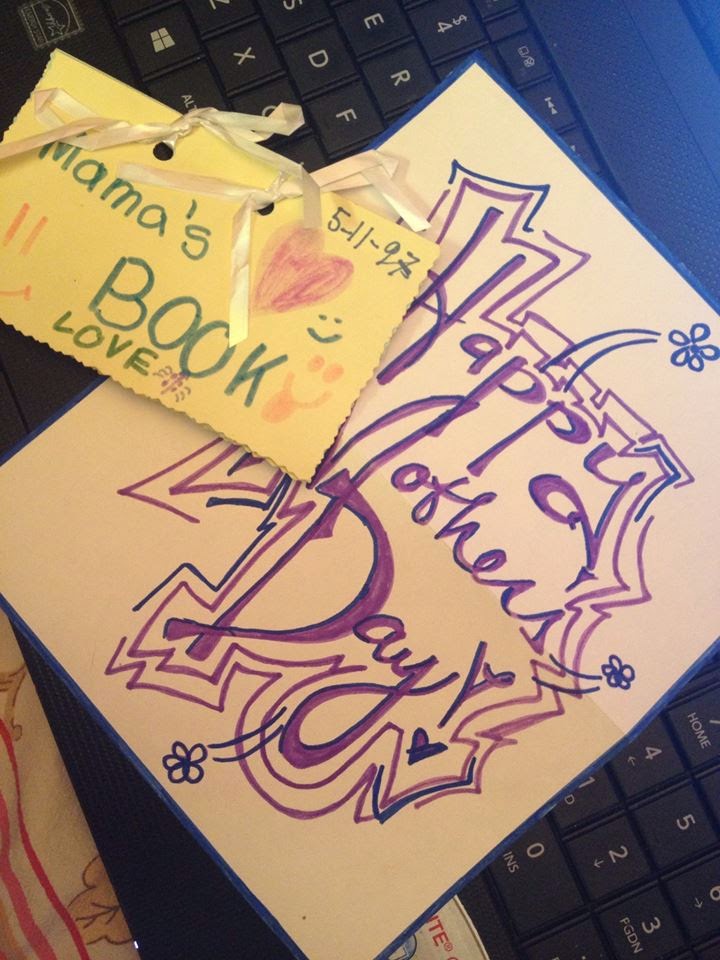 seen each other through a lot.  She was my maid of honor at my second marriage.  When she was in nursing school, I was blessed to have her by my side through two rounds of cancer in 2011.   Even though her studies were taxing, her creativity never left her.  In fact, it became her escape as she scrapbooked, cooked, baked, and collaged.   I have saved every one of her handmade cards that she's written for me.  She has always poured her heart and soul into anything she created.

She is a girl of faith.  And she knows the importance of prayer and giving thanks to God.  When I see her in prayer at church on Sunday, my heart is filled with joy.  Because I know she knows that none of this amazing life is possible without God's guidance and grace.

In 2012, she and Eric got married.  And together, they have created a home.  And now they are creating their lives together.  Last year they started a 52 soup a year project and cooked and blogged soup recipes - one a week - for the entire year.  They garden together, planting tomatoes, artichokes and plants together.  God has truly blessed us with such a wonderful son-in-law in Eric, because they take care of one another. I love that.   They've been together since the prom...and that was 9 years ago.

And now, my baby girl is 27.  Today!  My Cinco de Mayo Baby.  She's thoughtful and considerate. Compassionate and caring.  She is a loving daughter to our family, and a wife and friend to Eric.  And she is still creating.  She's in the process of creating her best work yet - our little grandson.  As I see rounded tummy, I can't help but touch her hoping to feel a kick...a connection.  I am so blessed to be a mom. God has really blessed me with life after all my health issues to see my baby become a wife, and soon a mom.  And the good part...I get to be a MedzMom!

I know that she and Eric will be wonderful parents.  And I know that the creativity will continue. There will be sunflowers to plant, and gardens to grow.  There will be messes to make, and messes to clean up. There will be sticky kisses and sweet hugs.  But for now, there's a baby room to decorate, a quilt to finish, and projects to complete before the baby comes.  I am so thankful to God for the blessings He's given me.  And for blessing me with such a wonderful daughter and friend.  Happy Birthday love bug!!! 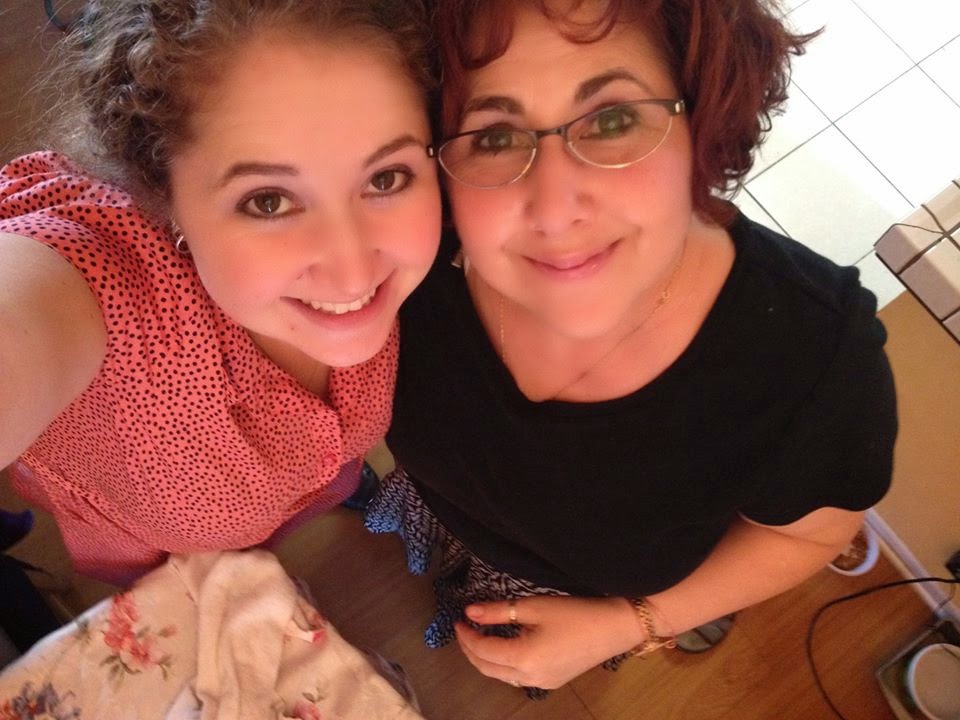